Whose afraid of the big, bad Jews? 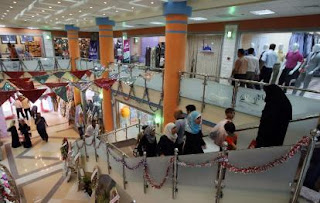 I’ve just returned to normality after being out of circulation for the best part of a month, and what greeted me in my email inbox? A link to Laura Durkay on Mondoweis who announces – at a time when Syria and Libya are slaughtering their own citizens – that from July 8-16 she is going to do something “creative and daring” in the region.

Is she going to those countries to protest the massacre of Syrian and Libyan innocents?

No. Ms Durkay is going to join “hundreds of internationals for aweek of solidarity actions in coordination with 15 Palestinian civil resistance organizations in the occupied West Bank and East Jerusalem.”

While “Freedom Flotilla 2” is going to put “the spotlight on Israel’s cruel blockade of Gaza”, she and her friends “intend to show that Israeli repression in the rest of historic Palestine—the West Bank, Jerusalem, and what is now Israel—is no less important and is part of the same project of ethnic cleansing and colonization.”

On July 8, “hundreds of internationals and Palestinians living abroad will fly in to Tel Aviv’s Ben Gurion Airport and perform one simple but radical action: refuse to lie about the fact that we are there to travel to the Occupied Territories and visit Palestinians.”

And what will the “cruel” Israelis do to these visitors who dare to declare that they are going to visit Palestinians? Shoot them? Imprison them? Hang, draw and quarter them?

If these same people landed in Tripoli or Damascus to demonstrate solidarity with suffering Libyans or Syrians, I would respect them. Instead, they are acting as though it is illegal to pass from Israel to the “West Bank”.

Stephen Sizer, who provided the link to Mondoweiss in his latest blog, knows it is perfectly permissible to cross the border into the West Bank: he’s done it enough times.

Gaza had been called “a humanitarian crisis on the scale of Darfur” and the “biggest concentration camp in the world”.

This wicked nonsense makes me want to disgorge the entire contents of my gastric system.

For pictorial evidence of what life in like in the hell hole that is Gaza, take a look at this video and then visit the Holy Falafel web site.
Posted by Mike Moore at 14:21 No comments: