Iranian Christian to be executed for being a 'Zionist' 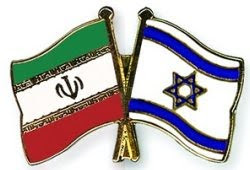 The international community was furious when it learned that Iran was going to execute a young man for converting to Christianity and wanting to start a church. So Iran on Sunday altered the charges and said it is instead going to execute Youcef Nadarkhani because, among other things, he loves Israel.

Nadarkhani was arrested and convicted in 2010. Legal documents obtained by CNN accused Nadarkhani of "turning his back on Islam, the greatest religion..."

In Iran, the punishment for apostacy is death.

But with pressure mounting for Iran to cease its brutal repression of religious freedom, Gholomali Rezvani, the deputy governor of Nadarkhani's home province, announced that the charges had been changed.

'His crime is not, as some claim, converting others to Christianity. He is guilty of security-related crimes,' Rezvani told the Fars news agency.

And what kind of security-related crimes had Nadarkhani committed? He 'is a Zionist,' declared Rezvani. And just in case, Nadarkhani also had charges of rape and extortion tacked on to his rap sheet. Both CNN and Fox News later pointed out that the original 2010 court ruling did not contain one mention of rape or extortion.